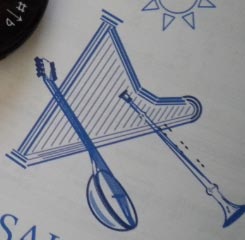 Over the past thirty or so years, there’s been an evolving attitude in the synagogue community toward music in the service.  I recall in the early 1980s hearing a lot of railing against cantorial and/or choral music as being too much of “a performance” that discouraged congregational participation and unduly lengthened the service.  Given the occasional excess committed by some cantors and choirs (one heard anecdotes about certain of the great hazzanim in parts of Brooklyn for example, where the Saturday service routinely concluded at 2:00 pm), there may have been at least some justification to those complaints.

It shouldn’t be a “show.”  It wasn’t long before that argument seemed to transition to one saying that the best, most authentic Jewish worship experience was one with no choir, and with an emphasis on fast communal davening that encouraged a consistent rhythm and flow to the liturgy, and where it was incumbent upon the hazzan or bal tfilah not to get in the way.

Today, we find the ritual role of the hazzan has, in many communities, been greatly diminished if not entirely eliminated in favor of lay congregants divvying up sections of the service.  Ironically though, accompanying this new state of affairs has been a revival of the once-scorned performance element formerly embodied in the traditional cantorial/choral model, now replaced by chassidic folk and pop style tunes, often with instrumental accompaniment.  Witness the proliferation of “Friday Nite Live” or “Rockin’ Shabbat” services in so many congregations, that are ostensibly designed to draw in greater crowds.  The new role of cantor/hazzan is increasingly that of the guitar-toting song leader.

There certainly can and should be a debate on the merits or drawbacks of such a stylistic approach to mainstream Jewish worship.  More on that in future posts.

Then again, maybe it should.  The point here is that the de-emphasis of the “performance” element didn’t seem to last long, presumably because its absence left an unacceptable void in the service.  This should not be surprising, since ritual itself is indeed a performance.  And performance is, or should be, about beauty, emotional power and impact.

Try as we might, once we succeed in removing the “performance” aspect from ritual, we can’t for long have a truly meaningful worship experience.  It may work for a while, but sooner or later we begin to feel the void, and ritual becomes rote.  We need a periodic renewal of our understanding, on the most instinctively spiritual level, of what the ritual represents and celebrates.

Of course, these ritual procedures in and of themselves are there to remind us of religious precepts – the act of gathering the four fringes of the tallit in preparation for reciting the Sh’ma, the various “choreographed” moments throughout our prayers, the complex procedures and protocols of the Torah service – all of these constitute the theatre known as ritual.

Phoning it in.  But as any seasoned singer or actor (or rabbi or cantor) knows, there’s effective, meaningful performance, and then there’s “phoned-in” performance.

Sometimes we can achieve profound, meaningful prayerfulness, or kavanah, within our own consciousness, without the external theatrics of a musically gifted shliach or accomplished choir singing beautiful renditions to inspire us.   This is a skill we are encourged to cultivate and develop in our individual davening.  But even the most skilled among us are sooner or later bound to fall into a rote routine where it becomes harder and harder to avoid “phoning it in,” and more challenging to be in touch with the innate grandeur and profundity of our prayers.

Ritual performed apologetically, sheepishly or apathetically is not only dull and uncompelling, it can actually come off as fraudulent and dishonest.  Just as the successful performer can never allow hesitation or uncertainty in delivery, effective and powerful ritual must be performed effectively and powerfully, with full commitment – indeed, with a sense of theatre.  Proper music is essential in this pursuit.

Keeping it real.  Nearly all music is in some way theatrical.  Music has an uncanny ability to convey pictorial, emotional and dramatic narrative and, as our ancestors knew so well, lends itself perfectly to the enhancement of ritual.

Our Shabbat and holyday services should always merit and warrant the beautification and enhanced dimension that appropriate and well-appointed music can achieve.  If we really want our services to attract and engage congregants both old and new, we must be willing to conceive of our services as the powerful and evocative theatre they are, and be more serious about beautifying and enhancing them with great music, both old and new.  But we must do it in an appropriate and respectful way – without pandering, without the all-too-easy willingness to mortgage our authentic Jewish tradition of dignity and decorum in worship for the sake of conforming to passing trends.                             Join Email List