This last Sunday of October 2013 was yet another of many momentous communal concertizing efforts in which I’ve been privileged to participate.  It succeeded another recent such Sunday at the same venue, the stately Central Lutheran Church in the southeast corner of downtown Minneapolis.

That first Sunday was a coming together of several premiere ensembles in the Twin Cities choral community, a show of solidarity with the Minnesota Chorale, the official chorus of the long-silenced Minnesota Orchestra.  It was a wistful occasion, joyful as an opportunity for several ensembles to sing for one another, yet mournful, rankling, and frustrating with respect to the underlying events which prompted it – a protracted year-long contract dispute between management and players of our Minnesota Orchestra which has resulted in the recent resignation of its great music director Osmo Vanska, and the apparent exodus of many of the principal players.  All of this represents a promise cut short, just at a time when this orchestra had reached what was arguably its zenith of world reputation and artistic standing.  They have recently made a widely acclaimed recording cycle of the entire 9 symphonies of Beethoven.  In 2010 the MO had the honor of performing twice in London at the BBC Proms.  They were considered perhaps one of the top five orchestras in the world.

This second Sunday saw another mass gathering of players and singers, including the Northfield (Minnesota) Youth Choirs, the St. Olaf Choir, and VocalEssence Chorus and Ensemble Singers, two fine soloists, soprano Maria Jette and tenor Dan Dressen, and a fine group of orchestra players, to present the featured work, the U.S. premiere of Jonathan Dove’s “There Was a Child.”  The work, which might be called an oratorio or cantata, features vigorous cross-rhythms and other fascinating rhythmic permutations, brilliant and picturesque orchestration, and insightful settings of such great poets as Walt Whitman, Alfred Lord Tennyson, and others.  It was commissioned as a tribute to a young man whose promise was cut short. 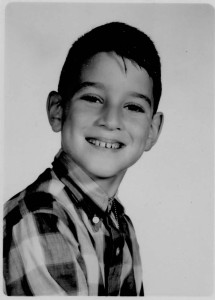 Dove and his poets present many memorable musings on childhood:  the desperate euphoria of daily escape from the “prison” of school; the joys of our first fleeting independence, of first discovering and partaking of nature, of flying effortlessly over the smooth ice on blades as evening casts its spell.  When such youth is robbed in death, there is mortification on discovering the fleetingness and apparent insignificance of our lives, as we ruminate on the tragedy of “what might have been.”

The work was not easy to learn, and it proved to be a full-throated sing.  For the rhythmically challenged like me, learning and performing it demanded great concentration and careful counting of beats.  The change of venue from what would have been the premiere performance in the newly refurbished Orchestra Hall to Central Lutheran, which was necessitated by the effects of the Orchestra’s contract dispute, proved challenging given the sheer number of performers (about 300 in all) which had to be shoe-horned into a wide, shallow space.  This configuration was cramped, hot and acoustically problematic for the performers, and the principle of light travelling faster than sound took on profound importance as we were compelled to rely (almost solely in some passages) on the able baton of Philip Brunelle rather than on hearing one another.

All of which is to say that, as a composer myself, it was well worth such hardship to participate in mounting such a powerful work, and the promise of this performance effort was wonderfully fulfilled.  As it always has been in my 11 seasons singing with VocalEssence, there was a great deal to be learned, and I was stirred to my very core.  But this time, the resonance was even deeper.

Each time I pass by Orchestra Hall, the pangs of tragedy and loss reassert themselves.  Here is our newly refurbished venue, all dressed up with no place to go.  Of course, as tragedies go in this world, there are far bigger ones than our cultural loss.  But we feel it nonetheless.

Jonathan Dove’s “There Was a Child” is a piece that seems emblematic of this monumentally troubled era.  So much that needs to be done, so many promises cut short in such an unnecessary and avoidable way.  Dare we hope for more promises fulfilled?        Join Email List