So what is good taste?  Do we as a society still think it’s important, and if so, why?  Or perhaps more importantly, if not, why not? 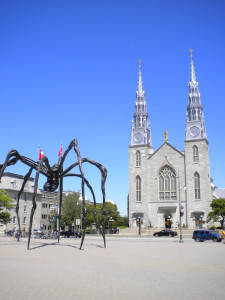 We usually apply the idea of good taste to food, drink and tobacco, among other consumables.  There are those humble ingenuous souls who think of good taste simply in terms of something that “tastes good.”

The Finer Things.  But suppose we narrow our discussion of tastefulness to a loftier level.  When it comes to food and drink, many of us have developed a finely honed, discriminating sense of taste regarding such things as coffee, tea, micro-brew beers and lagers, and of course, wines.  What is it that constitutes the better examples of these things?  Often it’s the qualities of refinement, subtlety, and rarity.  (Not the case, however, with hot chilis!)  The best qualities in fine foods and wines have frequently been described as sublime and poetic, in some way surpassing the merely sensual.

It may be more complicated here than in the case of food and wine.  It is fair to say about the visual and performing arts especially that iconoclastic upheaval and its after-effects throughout the 20th century have complicated our sense of taste in these areas.  Even the unseasoned among us have been affected, whether we know it or not.  What might have been a little daunting for the newcomer has proved that much more so for all of us.

The Challenge.  For it hasn’t been as easy in this period to appreciate visual arts or music simply as beautiful or profound, as it undoubtedly was in previous eras.  It’s been an era of challenge, of obsession with the avant garde, with esthetic “progress,” with finding completely unexpected ways of challenging the audience.   If you’ve tried to go see a Shakespeare play or a classic opera during the past 30 years, chances are you have been confronted with a production that was unorthodox to say the least.  Or step into a gallery of modern art and it’s sometimes hard to see where the “modern” ends and the true art begins.

Beauty is a Pejorative Term.  Beauty often is not considered important or even desirable in modernist or avant garde works of art.  And even when a work possesses beauty and harmony deep beneath its cutting edge, its challenge may nonetheless seem insurmountable to many.

Could it be that this radical approach to art and music has won out to such a degree that over time it has chased away a large part of its audience?

Helping to fill this cultural void created by Modernism for music lovers in particular, has come a group of vibrant popular musical idioms, often rooted in African culture, but also informed, especially earlier on, by European classicism.  One of the effects of this situation has been an assumption of popular music as a direct replacement for “higher-end” music, and that therefore Elvis and the Beatles are our modern-day equivalent to the great works of the European masters.

“I May Not Know Much About Music, But I Know What I Like.”  With all due respect to Elvis and the Beatles, and indeed for all the greatest and most celebrated popular music of nearly the entire 20th century, important though it is in our cultural landscape, it can never, nor was it ever intended to, occupy the loftiest heights in the realm of music.  But the extreme Modernism of the classical music sphere has alienated and disillusioned many potential patrons of the classical world, sending them fleeing from the stuffy concert hall and toward the familiar popular music of our youth.  And this more humble and accessible body of work has been presumed by many as the only music that matters.

We all have such music in our nostalgic conscience, depending of course on the era we grew up in.  Some of it we still enjoy just revisiting every once in a while, while some of it has deeper qualities that make it endure beyond just the memories it evokes.  At its best, it can occasionally rise above the level of mere popular music.  When we actively discern this difference, we are exercising a little bit of the kind of discriminating taste we owe to all the music and art we choose to embrace.

Knowledge is Power.  When we take shelter in the familiar, we demonstrate one of the principals of artistic taste – that knowing something about the world is empowering, and potentially enriching, not just for us as individuals, but eventually for broader society, for the world itself.  To acquaint ourselves and become familiar with that which is considered at the pinnacle of human conception and achievement is to empower ourselves toward self-enrichment and, by extension, empower and enrich the society in which we live.

Power of Enrichment.  Let’s enjoy the music we love, while also taking time to broaden the boundaries of what we can love by getting acquainted with “the finer things.”  No longer are the finer things available only to the wealthy, the important, the privileged.  Never before in the history of humanity has the finest music been more readily and immediately available to virtually everyone on the planet.  It’s there for the taking, waiting for us, and our taking it may make us, and the world, somehow better!
________________________________

In our next post we’ll attempt to explore some possible elements that contribute to our sense of “Good Taste.”        Join Email List