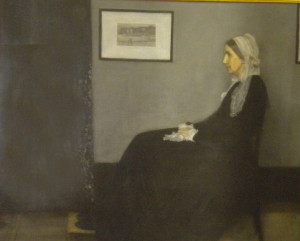 WHAT MAKES US AESTHETICALLY DISCRIMINATING (OR NOT)?

Socio-Economic class?  Not necessarily.  It’s stereotypical to associate discriminating tastes with snooty rich people.  Well this writer (while perhaps snooty) is not a rich person, but here I am writing about good taste, and I feel at least somewhat qualified to do so!

A more accurate indicator of taste might be one’s education level.  The better a person’s education, the more likely that he’ll be equipped with an ability to discern and appreciate great works of art, literature and music, old or new, popular or classical.  Proper education will hopefully provide exposure to, knowledge and appreciation of great music, art and literature.

Unfortunately, such proper education, even in America, is increasingly tied to socio-economic status, even in the public arena.  This is to say nothing of the trend toward de-emphasizing the arts and humanities due to ideology and/or lack of funding.

But educational barriers aren’t insurmountable, especially given technology which has made art and culture more accessible to more people across a wider socio-economic spectrum than ever before.  If we’re interested and we know where to look for it, it’s there, often for free!

Age?  When we’re young – adolescent or college age, we’re living in a time of social and sexual self-discovery, and our hormones often rule the day.  And we haven’t yet achieved the world-weariness and enhanced perspective of having lived – those collective life experiences that seem to feed our appreciation of some of the subtleties and profundities of great art.  Our priorities (hopefully) change as we “grow up.”

Popularity?  There’s certainly something to this.  Popularity usually happens for good reason.  But it isn’t an infallible indicator.  There are plenty of musical works, for example, that are widely considered among the greatest masterpieces, and yet don’t enjoy the biggest mass appeal.  Handel’s Messiah is more well-known to most people than Bach’s Christmas Oratorio.  Beethoven’s late quartets are not so widely known as his Fifth Symphony.  And yet in each case, the less popular work is at least as highly regarded by music historians and aficionados as the more popular one.

Mass appeal can be determined by many things, some of which might be deemed artificial, such as effective marketing, vogue, reputation, etc. – factors that have little if anything to do with inherent quality or substance.  The greatest music and art is that which has withstood the test of time and is above and beyond the forces of current trend or popularity – it is classic.

SOME EAR-MARKS OF GOOD TASTE

What Makes for Tastefulness?  Here are some of the principals that discriminating people pay attention to, consciously or subconsciously.

Substance, not empty showiness.  Dazzle and glitter are nice to engage the audience, in limited quantities, and when properly balanced with substance.  An over-abundance of the proverbial “Look what I can do!” factor has a cheapening effect, whereas honest, restrained sentiment is an important element of substance, and all the better if it can be presented in a unique and individual way.

Avoidance of Cliché.  While music or art of any given era will have its hallmark style and characteristics, the best works are those that, even within the rules of their era, will nonetheless avoid being governed entirely by those rules.  Most of all, they will steer clear of the most over-used clichés.  Avoiding the expected, going with the unexpected – at least some of the time – can be very effective in producing something unique, original, and even transcendent of its time.

Subtlety and Restraint.  Honesty and freedom of emotion are kept within boundaries.  There are some things in our lives that simply aren’t for public consumption.  At the very least, such things should be well-enough disguised, concealed or restrained that, although we sense their presence, they don’t hit us over the head.  This is called subtlety.  Most of the best art and music lives under this rule.

Don’t Be Crass.  In our zeal over the past several years to counteract an endemic cultural puritanism, we have tended to scorn such subtlety and restraint in the movies, TV and popular music, coming out in favor of complete openness, of “pushing the envelope” of good taste, because for many of us, good taste has been unjustly equated with cultural repression.  This over-reaction to puritanical repression is surely yet another reason to disdain that puritanism, because for all of this our culture suffers qualitatively.  It can be argued that certain aspects of life and art are more interesting and intriguing when perceived from behind the vail of subtlety.

Don’t Pander.  Treating the audience with the respect they deserve, even if they might not realize it, is always in good taste, because it helps avoid qualitative decay.  If we wish to challenge our audience, one way to do it is by refusing to cater to the lowest common denominator of taste.

Is It the Money?  It must be said!  So much of cultural degradation stems from market considerations.  Sex sells, violence sells, and there’s the infamous axiom of commercialized journalism:  If it bleeds, it leads.  Of course, it’s a lot to ask of any artist to completely ignore the marketplace, but the more you can do so, the more artistic integrity you’ll have.  It’s a balancing act.  But work that is produced or performed solely to maximize the money is almost certain to be in poor taste.

Knowing Your Audience means respecting their expectations, and avoiding unpleasant or unwelcome surprises.  We don’t try to force Mozart on a jazz or rock crowd, and vice versa.  In a worship setting, for example, dignity and modesty are the order of the day.  And if we’re going to challenge the audience, it’s wise to ensure that they want to be challenged.

Beauty.  What is it exactly?  It’s hard to describe or define.  Beauty moves us in a profound, elevated way.  So why have we become so afraid of beauty in art and especially in music?  We explored some possible reasons for this in Part I of this post on Good Taste.  We should never underestimate the value and importance of beauty.

Balance.  One of the hallmarks of beauty in art and music is the idea of balance, of restraint.  As we’ve already seen, it shows good taste to ensure that emotional expression and technical display are kept within sensible boundaries.  Maintaining balance is one of the wisest principals in life, and in art.  It’s a sure-fire method of avoiding tedium, and of keeping your audience engaged.  Emotional restraint is the mark of artistic and intellectual maturity.

It’s Not About Being Snooty.  Let us repeat that the principals of discriminating taste are applicable to pop culture as well as high culture.  The fundamental purpose or effect of pop culture may be more modest, less lofty or ambitious than high culture, but it still lives by many of the same rules of good taste.     Join Email List